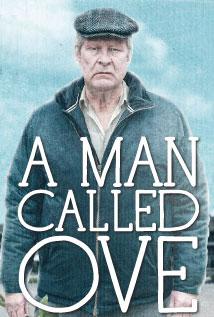 A grumpy yet lovable man finds his solitary world turned on its head when a boisterous young family moves in next door.

Meet Ove. He's a curmudgeon, the kind of man who points at people he dislikes as if they were burglars caught outside his bedroom window. He has staunch principles, strict routines, and a short fuse. People call him the bitter neighbor from hell, but must Ove be bitter just because he doesn't walk around with a smile plastered to his face all the time?

Behind the cranky exterior there is a story and a sadness. So when one November morning a chatty young couple with two chatty young daughters move in next door and accidentally flatten Ove's mailbox, it is the lead-in to a comical and heartwarming tale of unkempt cats, unexpected friendship, and the ancient art of backing up a U-Haul. All of which will change one cranky old man and a local residents' association to their very foundations.

The Art of Racing in the Rain by Garth Stein
Educated by Tara Westover
The Rules of Magic by Alice Hoffman
The Stranger in the Woods by Michael Finkel
Once Upon a River by Diane Setterfield
Dear Child by Romy Houssman
A Long Way Home by Saroo Brierly
Half Broke Horses by Jeannette Walls
Salt to the Sea by Ruta Sepetys
Maid by Stephanie Land
The Tower, the Zoo, and the Tortoise by Julia Stuart
Case Histories by Kate Atkinson
The Seed Keeper by Diane Wilson
What Rose Forgot Nevada Barr
Sherlock Holmes Collections by Sir Arthur Conan Doyle
At the Wolf's Table by Rosella Postorino